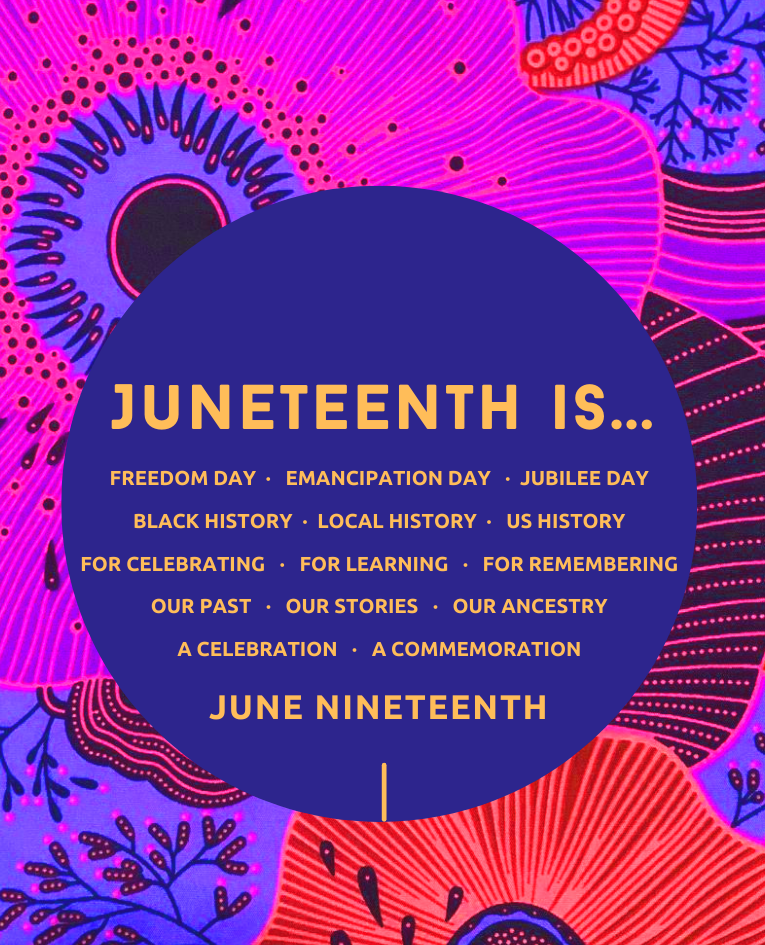 Juneteenth, which became a federal holiday in 2021, recognizes the end to the practice of enslaving Black people and others in the United States**. The Emancipation Proclamation written by President Abraham Lincoln declared all slaves free in 1863. However, it took more than two years for news of Emancipation to spread across the US and become a practiced fact.

Texas became the last state to comply when General Order No. 3 was read in Galveston on June 19, 1865 informing the public that all enslaved people were now free. From then on, June 19th was dubbed Juneteenth and treated as a holiday by the Black community in Galveston. From there, celebrating Juneteenth -- also called Freedom Day, Jubilee Day, and Emancipation Day -- spread and became a tradition in Black communities throughout the US.

Read (or download) our zine to find out more about Juneteenth and how you can honor this important day in US history.